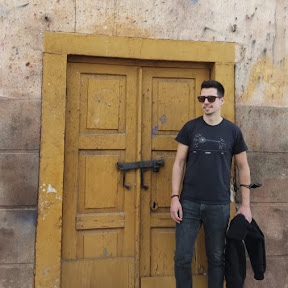 Regular Expressions in Practical NLP: An example is given on how regexps are used in practice in real world case related to NLP. A link to the open source code with many such examples can be found here.

The problem of extracting words from a text body.

Maximum Matching Word Segmentation Algorithm: Given a string with no spaces, start at the beginning of the string, find the longest word in the dictionary based on the beginning of said string, segment out the first word and continue similarly. Doesn't work well on english.

The problem of transforming similar words to one with the "base" meaning.

Normalization: Implicitly defining equivalence classes of terms. E.g. U.S.A. matching USA. There is also asymmetric expansion, which is when searching for the term "window" we might also want to search "windows", "Windows". However when searching for "Windows" we might refer to the OS and only be interested in "Windows".

Case folding: In information retrieval applications we usually reduce all letters to lowercase for better matching. There are exceptions when we have mid-sentence upper case ones, which might refer to special words. In sentiment analysis case can be important.

Lemmatization: Finding the correct dictionary headword form. We are usually reducing inflections or variants to the base form. E.g. am, are, is -> be car, cars, car's, cars' -> car

The problem of defining sentences.

Classifier: "!", "?" can be unambiguous sentence endings. "."" is not, can be used in abbreviations and numbers. Easier implementation with decision trees (series of if-then-else rules). Case of the word ending with ".", case of the word after ".", length of the word with "." etc We can use machine learning to give us a threshold of probabilities that a word with a "." is an end of sentence.

The problem of defining word similarity

Definition: The minimum number of editing operations (insertions, deletions, substitutions) needed to transform one string to the other. Usually all operations have a cost of 1. In Levenshtein Distance substitutions cost 2. Can be used similarly on evaluating machine translation/speech recognition based on operations of words between the machine generated text and a human equivalent. We difine table D(i,j) that contains the cost between X(1,i) and Y(1,j) where X(1,i) is the i first letters of string X and Y(1,j) the j first letters in string Y.

How to calculate: Dynamic programming to the rescue. We are combining solutions to subproblems to generate the solution to the whole problem. Levenshtein implementation:

Backtrace for Computing Alignments: We can keep pointers in each cell to where we came from so we can retrace the steps taken. Thus we know which action was taken in each step to compute the minimum distance and we can get a "mapping" of the operations required. Time complexity: O(nm), Space complecity: O(nm), Backtrace: O(n+m)

There is also Weighted Minimum Edit Distance, for cases where insertions and deletions are not exactly equal but some operations have a higher or lower chance of occurring (such as in spelling correction where the word was mistyped etc). We keep del[x(i)], ins[y(j)] and sub[x(i),y(j)] tables with the extra costs per letter.

Minimum Edit Distance in Computational Biology: The Needleman-Wunsch Algorithm is an implementation used in CB where we have a common cost "-d" for insertions and deletions and "s" for substitutions. This can be used to find the minimum edit distance of a string within a possibly larger string.